What is a Transponder Key and Can I Get a Copy? 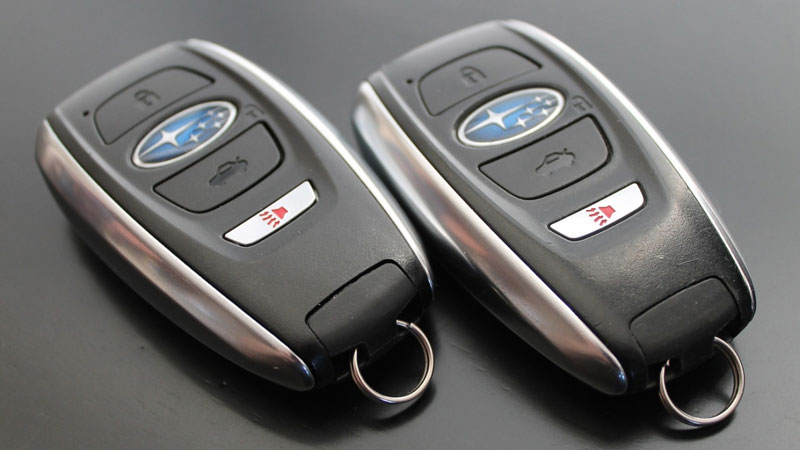 Locksmiths have been getting a lot of questions lately about transponder keys and how to get copies of them. Many car owners, for example, turn to their dealership but end up paying extra to have remote keys copied. What’s the deal?

Learn about what a transponder key is, the ways it provides increased security, how to get a copy and why copies of remote keys can be more expensive than expected.

What is a Transponder Key for a Car?

Most cars manufactured in the past 20 years have transponder keys as part of their anti-theft security measures. Remote keys are also used with keyless entry systems for homes, gates and garage door remote openers.

Transponder devices use microchips to transmit a low-level signal from a key that is read by a remote receiver. The microchip is programmed by the manufacturer with a unique serial number. Using RFID (radio frequency identification), the receiver must detect the correct serial number in order to unlock or open. Similar to key fobs, transponder keys are often used with car locks and home security systems, as well as to open gates and garage doors.

In the case of transponder keys for cars, when the key is inserted, the signal is sent to the receiver located near the ignition. If the digital serial number in the transponder matches the one programmed in the car, it will start when the driver turns the key.

Why Are Transponder Keys More Secure?

Transponders keys provide a higher level of security for vehicles in two ways. They help deter and prevent car theft by rendering ‘hot wiring’ or breaking the ignition lock ineffective. If the car doesn’t detect the key’s microchip or the exact serial number, it won’t start. Where a traditional ignition key only has a few standard cut combination, a transponder key’s digital ID is virtually unique.

The use of a digital identity creates many more potential combinations than the use of standard cuts on a mechanical key and lessens the chance that someone else’s key could be used in your car.

Unfortunately, nothing is foolproof, not even transponder keys. Criminals have developed ways to break-in to cars, even those with transponder key security.

How Can I Get a Copy of a Transponder Key?

It’s not always clear who you should turn to if your transponder key has been lost, stolen or has stopped working. Whether you need a replacement key, a new battery or to have a new key programmed, ask a trusted locksmith.

Not many people know that locksmiths can help with remote keys. Locksmiths use the same equipment as car dealerships to replace remote car keys and program new ones. They have the skills to make a perfectly functional duplicate car key with a chip at a fraction of the price.

How Much Does It Cost to Replace a Transponder Key? Why Is It So Expensive?

This is probably the second most common question that locksmiths get about transponder key replacement. Getting a key with a microchip copied costs significantly more than traditional rekeying. Additionally, car dealerships usually charge much more than car owners expect for a new transponder key.

Microchips, located in the head of keys, are expensive for anyone to purchase, including dealerships and locksmiths. The traditional key part of the vehicle device can be copied quite easily and inexpensively. Without the microchip, you may be able to open the doors or roll down the windows. The engine of the car, however, won’t start when you turn the key in the ignition.

Can I Program a Transponder Key Myself?

No, programming the key takes special equipment and skills. But your local locksmith, in addition to the car dealership, should be able to help.

You probably know the dreaded feeling that comes when you realize that you have accidentally locked your keys inside your car. It often happens at the least convenient moment, when you’re on vacation, on your way to a big meeting, or already running late. These days with transponder keys and increased car security, you may find it’s not so easy to unlock it yourself.

What to Do If You Lock Keys in the Car

If you find yourself standing on the outside of your car with your keys stuck inside, here are a few ways that you can try to unlock it.

In non-emergency situations, most local police are no longer able to respond to car lockout calls and they often don’t want to risk damaging vehicles. In an emergency, police and locksmiths will prioritize your call to unlock the vehicle.

If a child or animal has been left in a car in hot weather, or someone is trapped in the vehicle, you should call the police immediately or break the window in case of emergency. Remember, it only takes one hour for temperatures to rise dangerous levels.

If locking yourself out of your car is a regular occurrence for you, you might want to consider taking the following preventive measures:

Anyone who has been stranded outside their car with no way to gain access or get their keys know how embarrassing and inconvenient this experience can be. Yet, taking simple precautions can limit the possibility that you will need to call an emergency locksmith.

If you’re not sure what kind of car key you have, trust a Tri-State Lock to guide you. Contact Us.