Fascinating Facts You Didn’t Know About Locks And Keys 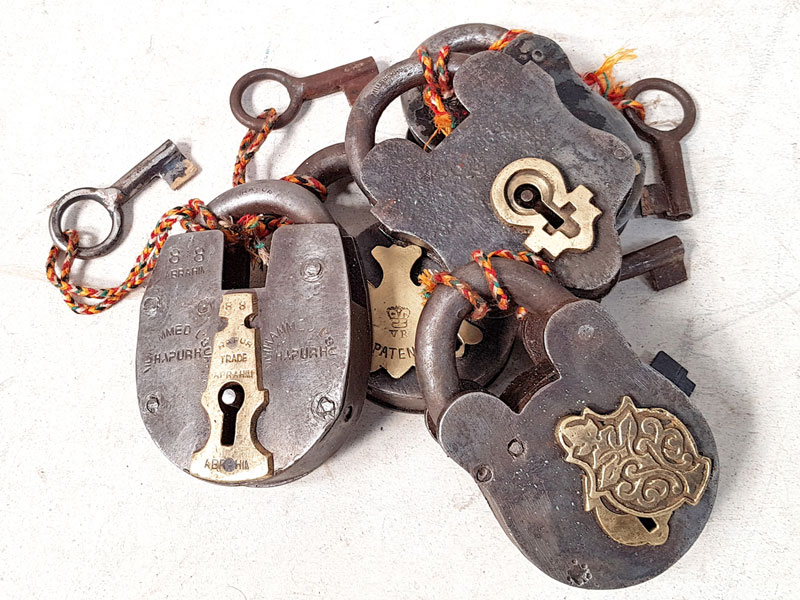 We use keys and lock doors every day, and we probably take these mechanisms for granted, but once upon a time, they didn’t even exist! In today’s blog, we want to highlight the value of locks and keys, celebrating how much they’ve evolved to protect us and our valuables, by sharing some fascinating facts with you.

Not surprisingly, only the wealthiest members of society could afford to own locks and keys. In Ancient China, emperors and other members of nobility had padlocks that were fashioned after animals, including goats and fish.

Among the Vikings of yore, married women held the responsibility of being keepers of the family keys; many wore their status proudly, sewing keys to their dresses to reflect their power.

There’s a certain allure to old keys and locks, so much that many people enjoy collecting them, especially particular types. Locks and keys that are especially collectible include prison locks, military keys, and intricate puzzle locks.

New Lock Designs Came About In Response To Lock Picking

Back in the 19th century, locksmiths scrambled to find ways to deter thieves from picking locks. The resulting efforts led to innovations in lock-and-key designs, some of which are still used today by home locksmiths.

One of the oldest locks ever found dates back to Ancient Egypt; it was discovered in a cave and is believed to be over 4,000 years old. Many historians surmise that locks were developed by the ancient Egyptians.

Would you entrust your keys to a designated key keeper? In many towns during medieval times, that’s exactly what the people did. Instead of keeping their own keys to their homes, the townspeople had a special guard who was the keeper of ALL the keys.

Nowadays, they’d probably be too easy to break into, but centuries ago, locks were not made of metal; they were constructed from wood.

Keys were made to be unique, until 1917. This was the year when key duplicating was devised. A wheel was used to cut a blank key into the same shape as the original.

The first combination lock came about in 1857. It was invented by James Sargent, an American locksmith and businessman born in Vermont. In 1865 he established the Sargent and Greenleaf lock manufacturing company that’s still in operation today.

Your Locksmith In Florence

As you can see, there’s a rich and interesting history associated with locks and keys, and we at Tri-State Lock enjoy playing a part in that important tradition by serving the residents of Northern Kentucky with Key Replacement, Safes, and Locksmith Services. Whether you’re looking for a trusted home locksmith to rekey your locks, or you need help getting into your locked vehicle, we’re here to help. Contact us today for all your lock-and-key related needs!